Today, in this world of action, we are provided with the opportunity to perform Mitzvos with physical objects whose creation came about from G-d's very essence, and which contain the concealed power of His very being. By performing Mitzvos with these objects we release this concealed power.
stammed by mishmum at 6:15 PM No comments:

When he called out ה' הוא האלקים for the seventh time, his נשמה departed by the word אלקים.

For מעריב, there was no longer a minyan, but ר' ליב said, "He's has the זכות that his נשמה departed while saying the word אלקים. Now he's considered a צדיק, who even after they pass away, are considered 'alive' and are allowed to be מצורף (included) to the minyan."

The Silence was screaming.

The פריערדיקער רבי writes in a letter: the main עבודה of ראש השנה is קבלת עול מלכות שמים. Therefore, the עבודה of the day involves saying תהלים the entire time, lessening one's sleep as much as possible on these two nights, and being extremely careful not to speak דברים בטלים. One needs to be like an עבד, who has no time to rest from the work of his master, or like a son who is joyfully occupied in greeting his father. (אגרות קודש מהוריי"ץ ח"י ע' תכ"ה)

Once, on ראש השנה, the Tzemach Tzeddek's sons and some Chassidim went into the Rebbe and asked him to say חסידות during the time the עולם was saying תהלים. The Tzemach Tzeddek opened the door and said, "The עולם is saying תהלים, and you're saying "חסידות"?! It is better to say תהלים." And so they did.
stammed by mishmum at 7:42 AM No comments: 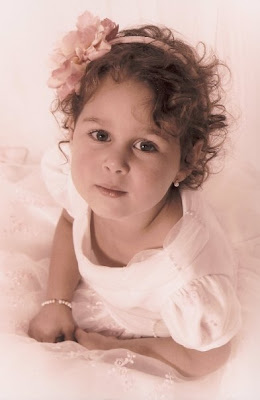 talking about writing a will.....

One of the elder פאפא חסידים was born and raised in a small city in Hungary, and being very smart, it was necessary for his parents to put extra effort in sheltering him from all secular influences. However, secretly, the child joined a group of משכילים and slowly drifted away from אידישקייט. Eventually, his parents threw him out of the house, to prevent him from influencing the rest of his family. He went to learn in the local gymnasium and was very successful, so his professor advised him to continue his studies in the prestigious Sorbonne University in Paris. He was happy to go to a new place where he would not be embarrassed of his family and townspeople, and no one would know that he's a איד. On his first day in Sorbonne, while walking to his classroom, he was shocked to see a חסידישע yungerman with a beard and peyos approaching him.
The yungerman asked him, "תפילין האסטו שוין
היינט געלייג?" (Did you put on תפילין today?) Shocked, he remained speechless. Before he had a chance to get back to himself, the yungerman took hold of him and said, "נישט קשה, מיר לייגן מיט אסאך
אידן תפילין, וועלן מיר לייגן מיט אייך אויך." ("It's okay, we put on
תפילין with many אידן, so we'll put on with you as well") He pulled out a pair of תפילין and put it on with him. Every single day the yungerman came to put on תפילין with him, until he brought him to
תשובה שלימה. The פאפא חסיד concluded, "The yungerman was none other than the ליובאוויטשער רבי
stammed by mishmum at 1:51 PM 1 comment: 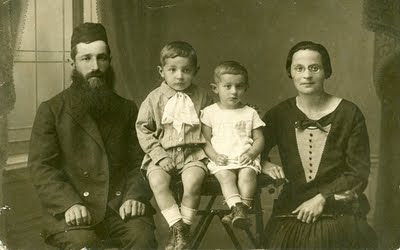 Before Reb Menachem Mendel of Vitebsk embarked on his journey to the Holy Land, he went to receive a farewell blessing form Reb Yaakov Yosef of Polona. The Alter Rebbe, who was then a young man, accompanied him.

"The Baal Shem Tov also implied that you would come to me for a blessing."

"That is the purpose of my visit."

"That story also implied that you would be accompanied by a young man whose greatness will be acknowledged everywhere."

Reb Menachem Mendel presented the Alter Rebbe before Reb Yaakov Yosef. "This is he," he declared.

The Battle - the struggle.

Within the human being, this conflict takes the form of a battle between the "animal soul" and the "G-dly soul."
The animal soul is our physical self -- the drive to be and exist, the instinct for self-preservation, self-fulfillment and self-enhancement.
The G-dly soul is the source of our spirituality -- our drive for self-transcendence, our yearning to escape the confines of our material existence and connect to the infinite and the eternal.
Life is the war between these two opposing drives: every act we do, every word we utter, even every thought we think, is an outcome of this inner struggle, representing the victory of one of the two selves vying to express itself and further its aims via the body and faculties which they share.
stammed by mishmum at 12:12 AM No comments: