What are you cooking now?

Fish for Rosh Hashono.
Is it going to be a head?
Yes.
Big or little?
Little.
Does it have an eye?
Yes.
Will it talk?
No.
It's going to be quiet the whole time?
Yes.
Does it have a mouth?
Yes.
Is it smiling?
Yes.
It's happy?
Yes.
Do we also eat pomegranate?
Yes.
stammed by mishmum at 4:28 PM 2 comments:

Dee: How am I going to do Tashlich here?

Me: You can do it by the sink. Not in the bathroom.
Dee and Cee: We don't have any other water here.
Me: Well, wherever you would get a drink of water, water fountain?
Dee: We don't have water, we're in jail!!

Goyims: How are you, Imam?
Imam: Very good.

Me: I too am fine, thank G-d.
Thank you for asking.

Goyims excitingly remembers watching a program all about these things... wants to talk more to me...

Goyims catches me later in Lobby.

Interrupts me and imam talking.

Again with excitement...."is it true you need to cover your hair?...."

Goyim: "This is the first time meeting someone...

Me: "You want my autograph?" 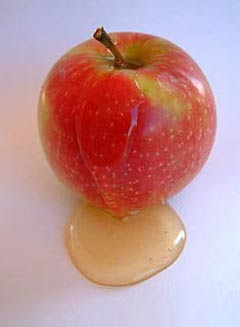 There is a difference between the sweetness of an apple and the sweetness of honey. An apple is a sweet fruit which grows on a tree. Honey comes from a bee--an insect that is not only inedible, it actually stings. Nevertheless the honey that it produces is sweet. In fact, honey is sweeter than an apple!

Similarly, there are two types of sweetness in our lives: we have times of family celebration, personal triumphs and harmonious relationships. These are sweet times like the apple is sweet. But then there is a sweetness that comes from times of challenge. When things don't go the way that we would like them to, when tragedy strikes, when we fail to reach the goals we expected of ourselves, when our relationships are being strained and tested, when we feel alone.

At the time when we are facing these challenges, they seem bitter and insurmountable, like the sting of a bee. But if we are strong and withstand the difficult times, and overcome the obstacles to our own happiness, we reveal layers of our personality that we would never have tapped into if we weren't challenged. Something deeper is brought out when we are tested. Tension in a relationship is painful, but there's nothing better than reconciling after that tension. Loneliness can eat us up, but it can open us to higher levels of self-knowledge too.

In the year to come the apples should bring sweetness, and what the "bee stings" bring should be even sweeter!

Pencils have erasers for a reason

If we do the wrong things we have a second chance to correct them.

"You appreciate faith when you have nothing else besides faith."
stammed by mishmum at 8:25 PM No comments:

Her eyes lit up...
cautiously....
excitingly....
she fingered the 6 oz. carton of orange juice....
quietly remarked...
"I haven't had orange juice in 3 months."
Fafambled the brocha...
and drank.

We repeated the Brocha properly.
She drank some more.
stammed by mishmum at 10:20 PM No comments:

Pulling up to the front of the Federal Detention Center...

I make my turn.
Park.
Walk back.
Wave to the guards and enter the building.

An hour later.
I'm walking out the building.
Waving to the guards across the plaza.
Yelling, "Never make any illegal turns!!"

If they were wrongly accused or there b'shogeg then this might be okay to say.....

Ki sovoi...
"You shall go to the place the Eternal your G-d will choose" - a Jew must know that when he goes from one place to another, he is not going on his own, but is being directed from Above. And the intention and purpose in this is... "...to cause His Name to dwell there" that is, to make G-d known in the place to which he was Divinely led.

You are to utterly dedicate yourself to making G-d known there. How does one "make G-d known"? With a B'racha and a posuk of Tehillim."


I will bezrat hashem provide snacks and a Tehillim.
stammed by mishmum at 9:47 PM 2 comments:

When they asked the Mitteler Rebbe - "Don't you hear this Parsha every year?" he replied,

"When father reads, one hears no curses."
stammed by mishmum at 8:16 AM 2 comments: 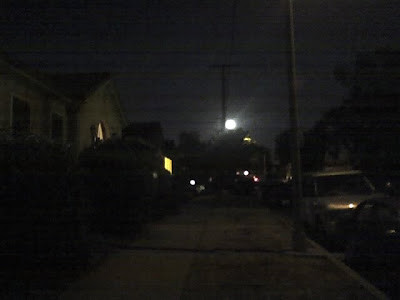 The white top "our Sarah Palin" wore on Shabbos had cashmere in it. Her laundress didn't realize that till it came out of the wash....

Lesson for the day - Don't wash cashmere in warm water with bleach.

There is a lump under the covers.

The shelves are empty.

The place is quiet.


"Don't cry" you said. But that was yesterday.
What about today?
stammed by mishmum at 10:30 AM 4 comments:

In Preparation for Chai Elul... 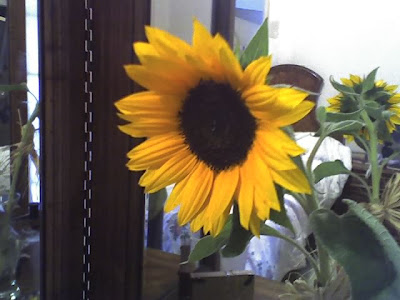 "It's already a week into Elul and I haven't done anything."
stammed by mishmum at 11:53 AM 4 comments:

and since you will never get to "my place", meaning - have my strengths, my weaknesses, my challenges etc..., then you are NEVER going to get that chance to judge me.
stammed by mishmum at 9:02 PM No comments:

Knock knock.
"Hi, we're missionaries from the blah blah blah church."
"Oh, no thank you, good-bye."
"Is there anything we can do for your family today?"
"Um, do you do windows?"
"Oh sure, we would love to do that, really."
"It's okay, I was just joking."

"In that case how about cleaning my toilets?" Is what I should have said and made them do!

And they politely left.
stammed by mishmum at 8:53 PM 1 comment:

The bounce in the step...

The twinkle in the eye...

Time does not heal -

Perhaps it dulls.
stammed by mishmum at 9:06 AM No comments:

The idea of bitachon is to feel reassured and convinced that Hashem will help overcome all difficulties in life, both material and spiritual, since 'G-d is my light and my help'. (L'dovid Hashem oiri v'yishi, which is said throughout the month of elul, the month of preparation for the new year..)

It is especially certain that everyone, man or woman, is able to carry out his or her mission in life, and do so with joy, reflection on the extraordinary privilege of having been chosen by G-d to he His emissary on earth for the purpose of dira b'tachtonim and with the assurance of having G-d's light, help and fortitude to carry out this mission.
stammed by mishmum at 9:02 AM No comments:

Why allow yourself to know the truth???

Suddenly my Russian host turns to me, looks me in the eye, and says, "I think you are a spy!"
"Why do you think that?" I ask in wonderment , at the same time thinking, What on earth?!
"Look at your teeth," he replies, pointing at the rows of metal lining my pearly whites.
"Those are called braces, dude!"
"That's what you say. But I know that they really hold a radio inside them that allows you to transmit anything that you want to wherever you want. It's a very sophisticated system, " he said, as if impressed, "but nobody pulls something like that over Boris. You are a spy, is what I'm thinking."
What a nutcase, is what I'm thinking.

What are you going to say to someone like that?
He knew the details, had the entire plot figured out, and the fact that he was totally off base made no difference to him at all. Why allow yourself to be ruled by reality if you can just as easily live in a world of fantasy?


Even if I do -
that is something I will have to live with.

A Special Tribute
stammed by mishmum at 9:33 PM No comments:

What will become of all the memories, are they to scatter with the dust in the breeze?
stammed by mishmum at 10:22 AM No comments:

The nimshal is clear

The king is going to test the devotion of his people, his nation.

King will drop a feather from his palace window.
On whomever the feather lands, he will be zoche to be the king's korbon. (Yes, he will die, for the king's sake).